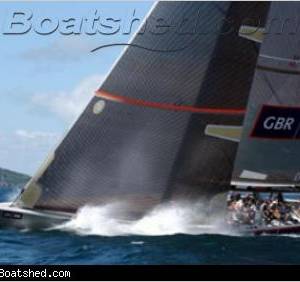 Plymouth, Devon is to host a stage of the America’s Cup World Series 2011

Boatshed Plymouth is delighted to learn that Plymouth has been unveiled as the second stop in the inaugural America’s Cup World Series, marking the return of official America’s Cup sailing to Britain for the first time since it started here in 1851. The second event of the series will take place between 10 and 18 September 2011 and will feature 15 international teams competing to win and qualify for the 34th America’s Cup in San Francisco in two years’ time.

America’s Cup organisers received interest from hundreds of cities around Europe and the United States and they have now struck the deal with Plymouth to host racing for the impressive new AC45 catamarans, the smaller version of the 72 foot boats to be used in the Louis Vuitton Cup and America’s Cup finals.

The Chairman of the America’s Cup Event Authority has likened Plymouth Sound to San Francisco in that it is a natural stadium which will bring racing to the spectators and showcase the AC45s in a spectacular way.

Plymouth attracts leading yachtsmen and yachtswomen from around the world and has hosted the start and finish of many major sailing events including the Fastnet, Tall Ships and Clipper races, as well as the Transat. Plymouth is keen to develop tourist and marine sector growth. It is an enormous coup that Plymouth has been selected to be the host city, but with its outstanding waterfront, rich maritime heritage and many cultural attractions and shopping facilities, it is a perfect venue for this event and will be the focus of both intense national and international attention during this time.

Boatshed Plymouth is proud to be a part of the Plymouth marine community and very proud indeed of Plymouth for being selected to host this prestigious event.