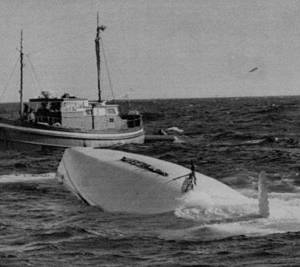 The salvage of &quot;Drum&quot; by BF140

In 1985 Simon Le Bon, lead singer of Duran Duran, commissioned the 78’ Maxi yacht “Drum” designed by Ron Holland and built by Vision Yachts of Cowes, with the plan to enter the Whitbread 1985/1986 Round the World yacht race.

To prepare for the race he decided to enter the 1985 Fastnet race but during the race on 11th August, the 14 ton keel sheared off from the yacht, causing an immediate capsize, and trapping Simon and his crew in the upturned hull. Fortunately for them, the alarm was raised and thanks to the RLNI and Air Sea Rescue, all the crew were saved. They later repaired the yacht and went on the finish third in the Whitbread RTW race!

An interesting side line to this story is that the vessel that took the stricken yacht Drum in tow off Portscatho back to Falmouth Harbour was a local fishing vessel called Capella BF140. Built in 1946 by J&G Forbes of Sandhaven, Scotland of wood carvel construction, she was working out of Falmouth at the time of the incident. The owner later sold the vessel and it was subsequently converted into a SCUBA diving boat named McAlister. In 1994 she was purchased by her present owner who has spent years restoring her and re-converting her to a very comfortable motor cruiser.

And so to the present day - she is now for sale through Boatshed Plymouth as the owners are retiring to live in Portugal.

Click here to view the boat as she is today.

With comfortable accommodation for eight people, plenty of internal and external space and a good level of equipment, inventory and mechanical specification this vessel would make a lovely home or cruiser. 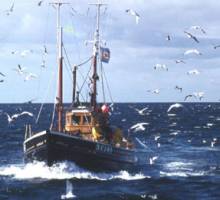 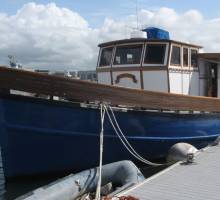 As she is today. 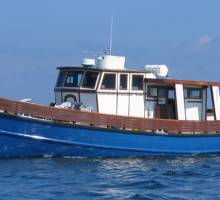 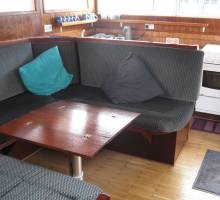 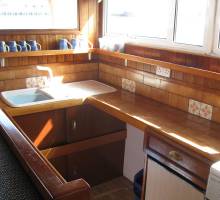 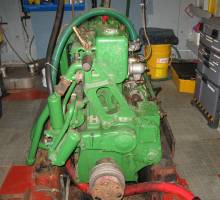 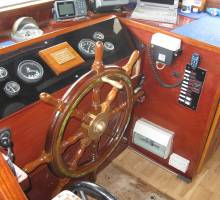