Boatshed Plymouth
Plymouth to Poland by sea.
Monday, 30 May 2011

Plymouth to Poland by sea. 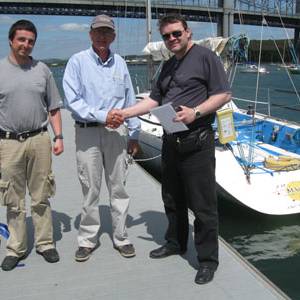 Stephen says farewell to Captain Zarwalski and his crew

Some weeks ago Stephen from Boatshed Plymouth Yacht Brokers received an email from a Polish ship's captain enquiring about a yacht that was for sale in Plymouth.

A few weeks later Stephen and the vendor met Captain Dariusz Zarwalski from the MV Expedition at the Saltash Sailing Club to view the Val 35 designed by Yernie Yacopin and built by Janez Valent. After a thorough inspection, an agreement was reached, a monies paid and arrangements made to sail the yacht to Poland.

On the 26th May, Captain Darisuz Zarwalski and his crew arrived and set sail the following day, heading East towards Dover and then via Denmark to Gdynia, Poland. This is where he grew up as a young boy and learned to love the sea and gain skills that would lead him to become a Master Mariner. He and his wife now plan to donate this yacht back to his community for the use of Bractwo Morz (Brotherhood of the Sea) so that the next generation of seafarers can have the opportunity to learn to sail and perhaps one day become sea captains.

Captain Zarwalski said that Plymouth and Gdynia are both seafaring communities which have much in common. He would welcome any visitors to his home town and support for his youth sail training venture.
“I am not sure who was more surprised - me or the vendor, that a Polish captain of the MV Explorer would be the buyer of the Val 35” Stephen said. This tale underlines the power of the Boatshed brand. “I never know where our customers are going to come from. This month we have sold boats to Holland, Poland, Malta and Scotland as well as more locally” Stephen said. To list your boat for sale visit Boatshed Plymouth area ,
Boatshed Torquay area ,
Boatshed Brixham area , 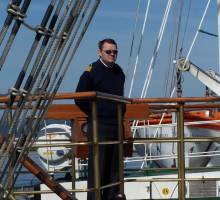 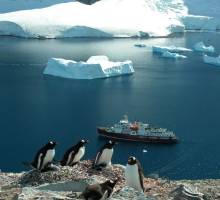 MV Expedition in the Antartic 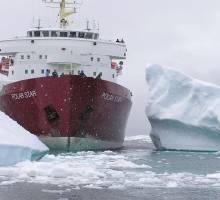 MV Expedition on an Antartic voyage 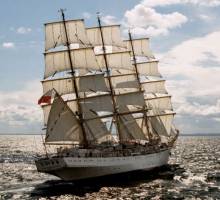